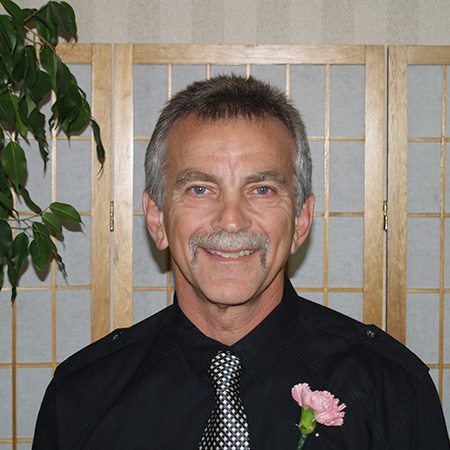 Professor Kevin Colton has been studying Danzan Ryu Jujitsu for over 50 years. He began his training, at the age of ten, with the American Judo & Jujitsu Federation, under Sensei Joe Burlin at the Pacific Palisades YMCA in l966. He has also studied with Professor Bill Randle at the Westside YMCA, received his AJJF shodan from Professor James Marcinkus in l976, trained under Sensei John Quijano with the Southern California Jujitsu Association and Professor Mike Chubb with Shoshin Ryu Yudanshakai. Kevin started teaching for the Santa Monica Parks and Recreation Center at the age of 15. He assisted in instruction at Penmar Judokai and the Westside YMCA until taking over Granada Hills Jujitsu Kai 1983. Kevin opened his current dojo, Santa Clarita Valley School of Jujitsu, in l993 where he has promoted 47 students to the rank of shodan. Coming full circle in 1993, Kevin returned to the American Judo & Jujitsu Federation with Professor Tom Ball as his sensei. Kevin currently holds the rank of Rokudan.

He was awarded the title of DZR Professor by the Pacific Jujitsu Alliance in 2012 and by the American Judo and Jujitsu Federation in 2013. Kevin maintains close ties with the Kilohana Martial Arts Association and the Pacific Jujitsu Alliance. The American Jujitsu Federation presented Kevin with the Professor Bert Aspinall Award (Service to the AJJF) in 2012 and the Professor Dick Rickerts Award (Outstanding AJJF Sensei of the Year) in 2013. Kevin is a 1997 graduate of the American Judo & Jujitsu Federation DSRSI massage program. He likes to travel and teach at seminars in California as well as Utah, South Carolina, Pennsylvania, New York, Hawaii, Colorado and Costa Rica. Kevin teaches special classes for disabled students, law enforcement, and women’s self defense. In his down time, he loves to play with his four grandchildren, who already had gis by the time they were born.